The USS Pringle sank on 16 Apr 45 at 0926, the survivors were pulled from the water by three ships:

(The more seriously wounded were shuttled around by Gun Boats and Patrol Craft, such as the PCE-855 )

Note: In the USS Hobson Action Report, they may have accidentally reversed the number of survivors picked up by LSM(R)191 and LCS(L)34.  The following is an excerpt from the LCS(L)(3)-34 History: "The 34 assisted with the rescue of the survivors and succeeded in picking up seventy-seven men and ten officers."
(This matched the information found in the LCS(L)(3)-34 Deck Log)

4PM, the USS Hobson transferred their wounded to the AH-7 Hospital Ship Hope  (off-site link) and the rest of their survivors to the USS Crescent City around 6PM

Later, on Thursday 26 Apr 45, most USS Pringle survivors were welcomed aboard the USS Starlight AP-171 for their return trip to San Francisco 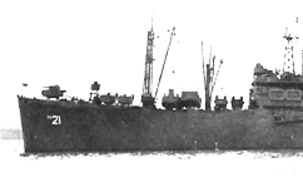 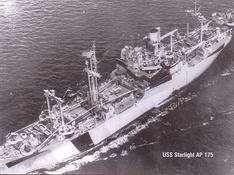