On the morning of 16 April, the USS PRINGLE (DD-477) and USS HOBSON (DD-464) were operating about ten miles from LCS(L)(3)-34 and the LSM(R) 191.  Both groups were attacked by Japanese suicide planes.  Of three enemy Vals attacking the LCS(L)(3)- 34, one was splashed, one probably splashed and the third gave up his attack when all guns were brought to bear on him.  Successful attacks on the part of the enemy resulted in the sinking of PRINGLE.  The 34 assisted with the rescue of the survivors and succeeded in picking of seventy-seven men and ten officers. 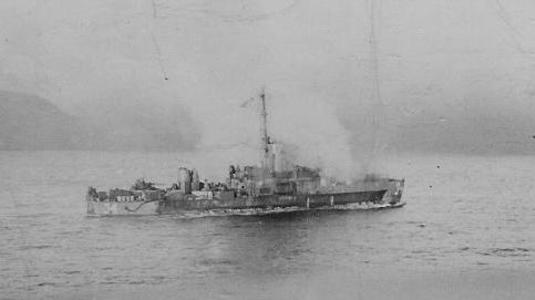 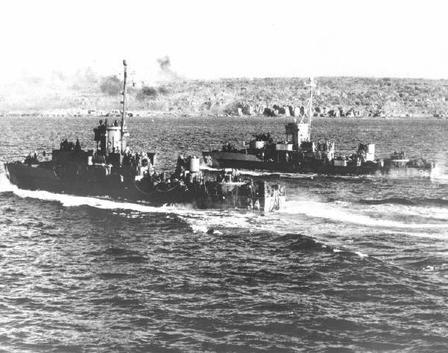