This website is dedicated to all USS Pringle past crewmembers, survivors and their families.

It's a collection of pictures, information and links.

The U.S.S. Pringle, a Fletcher Class Destroyer was named for the late Vice Admiral Joel Robert Poinsett Pringle and was launched by Mrs. Pringle on May 2, 1942.  The ship was commissioned September 15, 1942 with Lt. Comdr. Harold O. Larson in command.  Over the next two and a half  years, the USS Pringle earned 10 Battle Stars for World War II service. But on April 16th 1945, while patrolling Radar Picket Station #14,  the USS Pringle was sunk by a Japanese suicide plane (Kamikaze) near Okinawa at 27 deg 26 min N, 126 deg 59 min E.  Six minutes later, 258 survivors watched the USS Pringle slide beneath the surface. Sixty nine men were killed and seventy were wounded. 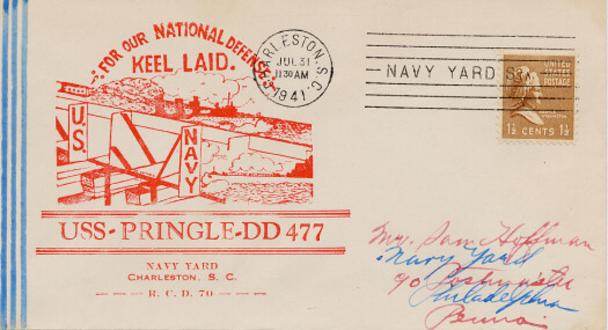 They that go down to the sea in ships, that do business in great waters; They see the works of the Lord, and his wonders in the deep.
Psalms 107: 23-24

Disclaimer: This website is privately published. It is not an official U.S. Navy website. It's a private collection of information on the USS Pringle and her past Crewmembers. Working closely with a few USS Pringle survivors that we've been able to locate, we try to keep this website as informative and accurate as possible!

If you spot any errors or have anything you'd like to to contribute, go to our contact us page. 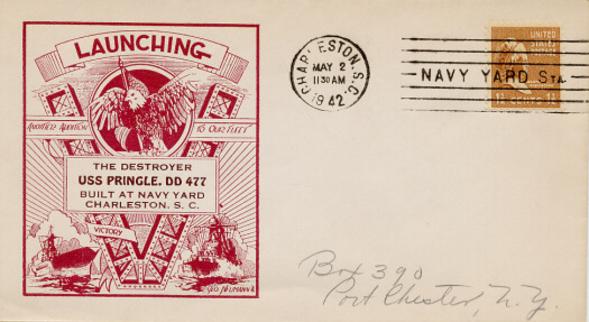