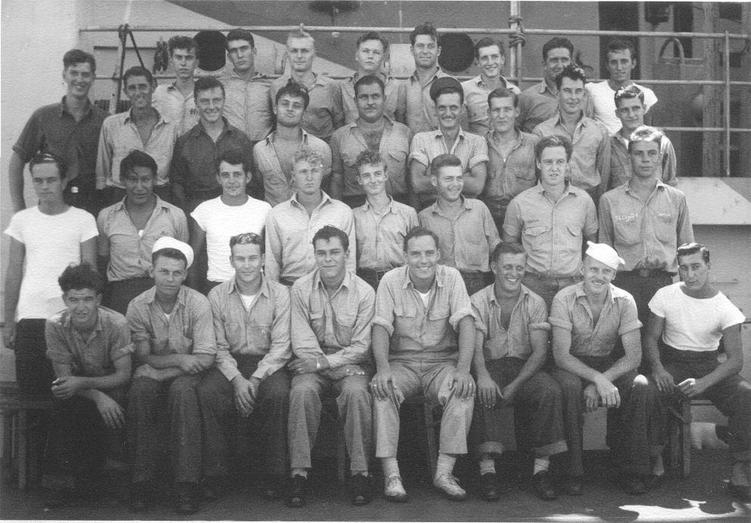 This picture is of the USS Pringle DD-477 Division "A" survivors.  The Photo was taken on the USS Starlight AP-175, a transport ship that brought some of the Pringle survivors (except the wounded) back to San Francisco after the Pringle sank.
Does anyone know the reason these guys were all together in Division "A"?     What did Division "A" mean?