Anthony was born on December 8th, 1918 in Toluca, Illinois.  At the age of 17, he lied to the Navy, telling them he was born in 1917 so that he could join up and avoid working in the coal mines of Toluca.  He served as a Gunner's Mate 3rd class on the USS West Virginia for six years before Pearl Harbor.  On December 7th, the day before his 23rd birthday, Anthony was severely wounded when the Japanese dropped bombs onto the West Virginia, sinking her in the Harbor. After recovering, he was assigned to the USS Pringle DD 477.  On December of 1944, Anthony was wounded again when a kamikaze plane exploded into the aft 40mm gun turret.

According to the story by Jack Gebhardt, this attack took place off the coast of Mindanao. John Wasilewski, another Pringle Gunner's Mate, told me in a letter that he vividly remembered  that day.   He said the Jap plane came straight for him and Anthony as they were standing next to the gun turret, assisting with ammunition. They both tried to jump to get out of the way, but the plane's wing hit Anthony, slamming him against the turret with intense force. Anthony suffered severe injury to his back and kidneys. He finally came home after recovering on Admiralty Island. 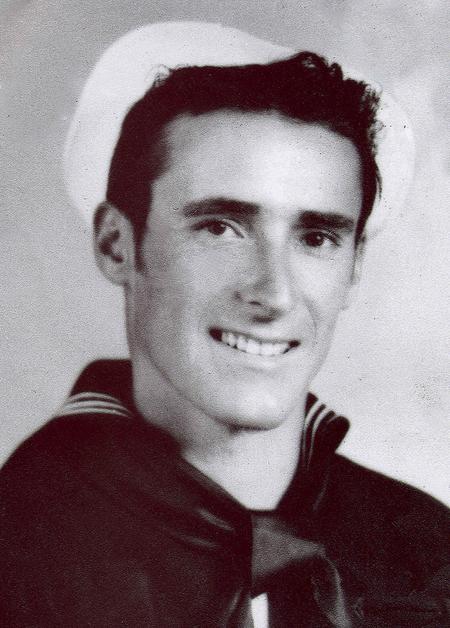 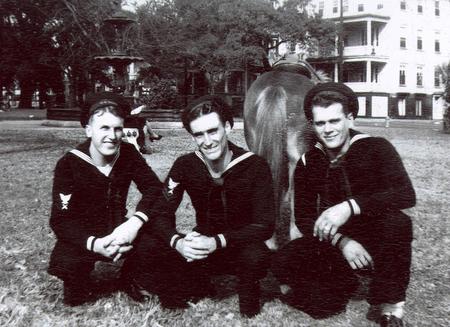