John Villani was the first crew member killed in action on the USS Pringle. He was killed at the battle of Vella Lavella on 8/21/43.

"He was a gunner and unfortunately took it in the gut with a 20MM from a Japanese plane, (not sure if it was considered a kamikaze at that time) as the story was told to me...Any time that someone in the family was traveling to the West Coast through the years (California mostly), my grandmother would give them some money and ask that they buy some flowers and throw them in the ocean for "Johnny."" says Bob MacDonald, Johns nephew.

"2 months after his brother, Louis got married in June of 1943, John Villani, my older brother, was killed at Vella Lavella in the Solomon Islands region of the South Pacific when I was 9 years old. He was 19 years old when he gave his life for the United States of America. He was a tail gunner on the USS Pringle and was the first to be killed on the Fletcher-Class Destroyer and buried at sea. I am sure it left a lasting impression for his shipmates. He was 16 months younger than his brother Louis, who was in the Air Force at the same time. After Pearl Harbor, Johnny basically ran to enlist to fight for our country. He was well-liked by everyone who knew him - schoolmates, teachers & friends came to my parents, Carmine & Virginia Villani’s house day and night for two weeks after he gave his life for our country. He was a golden glove boxer and worked at Konner’s Clothing Store in Paterson as a stock boy. John’s death was a great loss for his family and friends.  His mother, Virginia, became a “Gold-Star” mother on that day as did the rest of his immediate family become a Gold Star Family.

God Bless him and may he rest in peace."

Written with love by his sister Dolores (Villani) MacDonald 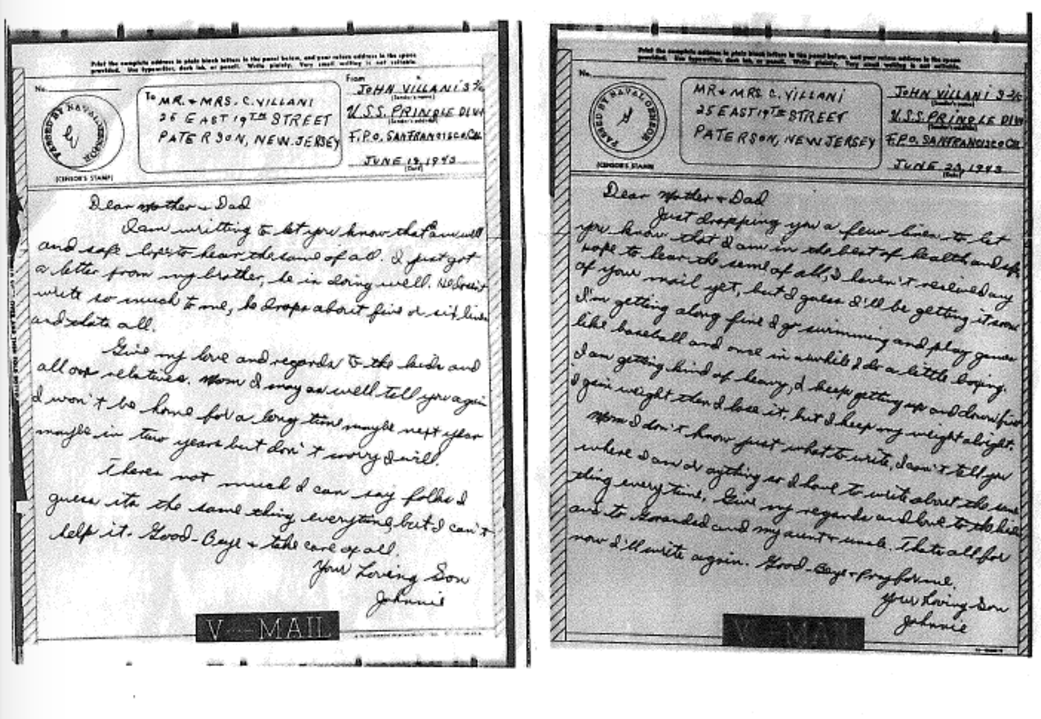 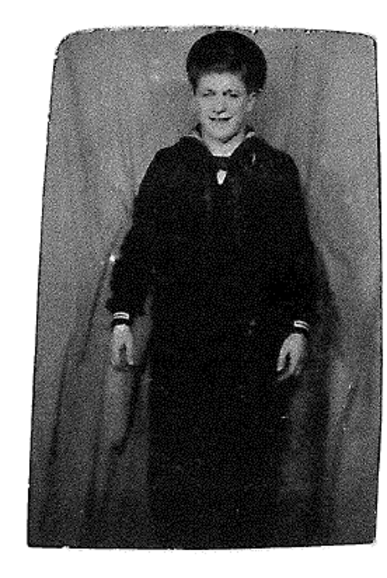 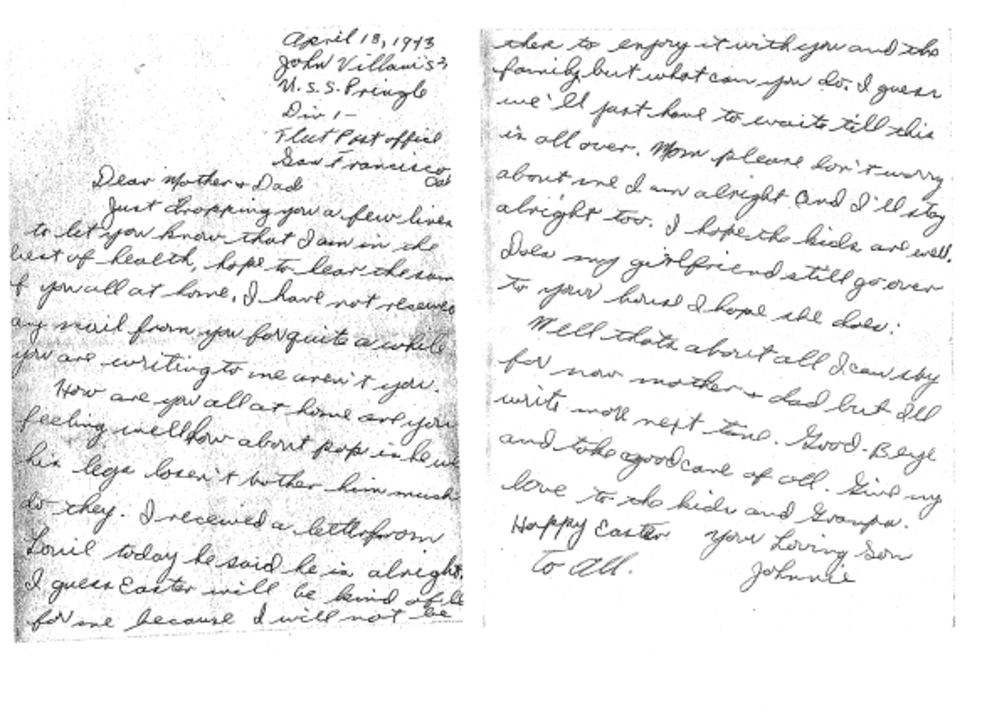 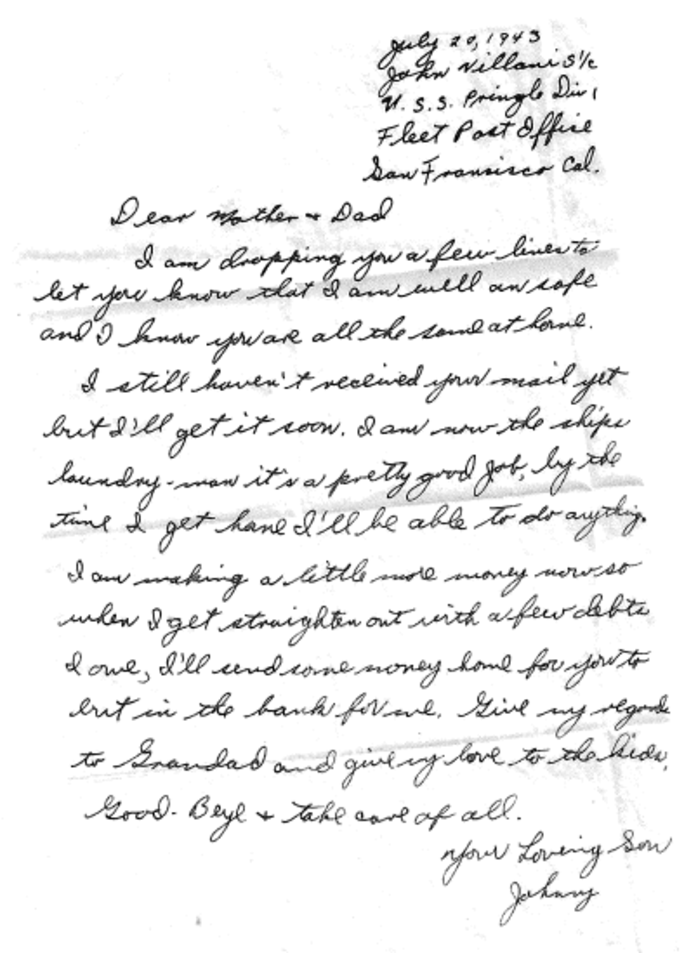 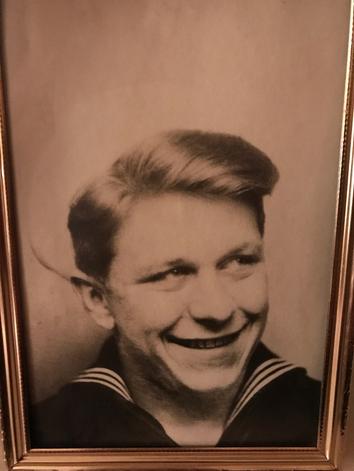 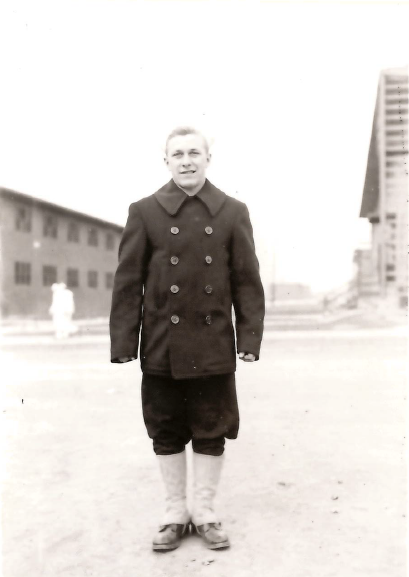 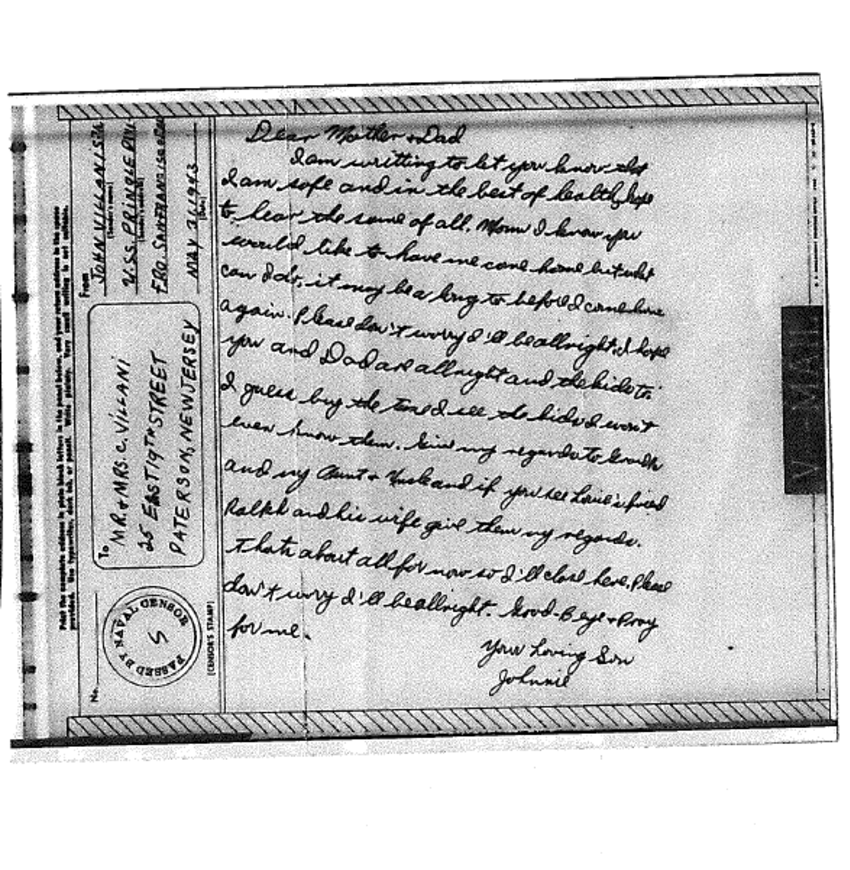