I am Sylvester Sandelier (S1C); badge number 67339. I was one of the 10,000 men who went from this shipyard [New York Shipyard in Camden, NJ] to fight. I was in the Navy. I've been in the campaigns and invasions of the Philippines, Mindoro, Iwo Jima and Okinowa. I was aboard the USS Pringle when it was blown up.  I'm a holder of the Purple Heart. I guess, Mr. Wolfson, the best thing everyone remembers is the placing of our Stars and Stripes at Iwo Jima. Oh, there is lots else we remember--those of us who did the fighting. The hunger, the dirt, the hard ground and the cold food. We know what it's like to go for days half starved all the time. We know because, Mr. Wolfson, we were there.  We know, too, what it means to ration out--not just bread, Mr. Wolfson, but bullets. Bullets that had to be rationed, so many to a man, because supplies were coming too slow. Supplies that only could reach us by ship. And those ships for supplies had to be ready. We couldn't wait to build them, Mr. Wolfson. They had to be ready--not when we got around to it--but ready when war began. It was the ships that were in readiness, Mr. Wolfson, that got the first men over and the first supplies. And that kept those supplies and men coming until more ships could be built. We know the anguish of waiting. Each hour, each day, each week on week--holding out just a little longer for help to come. Have you ever held a buddy in your arms, Mr. Wolfson, and watch him die? Have you ever had him search through a torn wallet for a picture of his kids? Or have him ask you to go see them--when you get back? It's not a good feeling you have as you take a worn snapshot of two little kids. And it's not a good feeling you have while you wait--and wait--and wait--for ships that never seem to come. And you vow deep inside you, Mr. Wolfson, while you hold a worn picture in your hands, that this will never happen again. 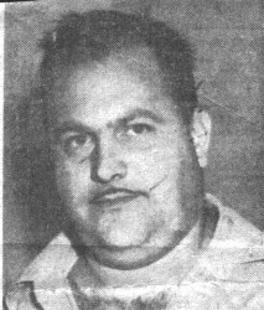 This picture and the following text came from a newspaper clipping that was written sometime after the war.  Mr. Wolfson, who is repeatedly named in the article was the last owner of the New York Shipyard in Camden, New Jersey and many blame him for the demise of it.
(it's not know what newspaper the article was printed in)

Sylvester Sandelier was inducted on 26 May 44 and was sent to the US Naval Training Center in Sampson, NY
He came home on 27 Jul 44 for a few days before he boarded a train to Camp Elliott in San Diego, CA. On 29 Aug 44 he was on his way to Pearl Harbor where he underwent some surgery that kept him in the hospital recovering for many weeks.  Meanwhile, the Pringle, which had been recently overhauled at Mare Island, sailed for Pearl Harbor on 19 Oct 44 and departed Pearl Harbor on 10 Nov 44 with Sylvester Sandelier on board as a new crewmember.   Within a few weeks they were in combat bombing targets near Ormoc Bay, Leyte, and splashed a Japanese plane on 28 Nov 44. 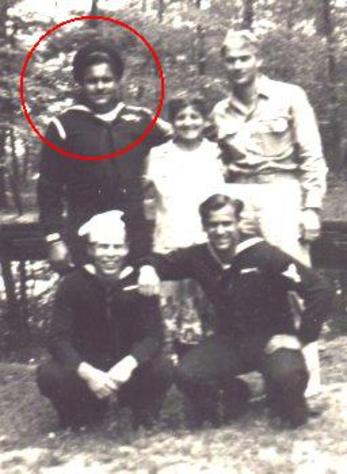 Separation Paper from the US Navy 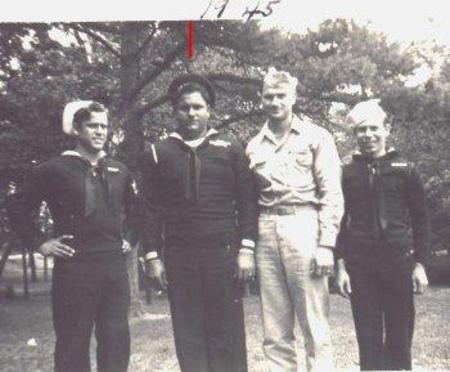 Honorable Discharge from the US Navy
View on Mobile