George and Billy in front of Challenger Inn

~  Submitted by his daughter, Linda Blank

George spent time recovering from his injuries at the
Naval Convalescent Hospital in Sun Valley, Idaho

The resort closed for WW II but was opened in 1943 to serve as a Naval  Hospital and recuperation center for sailors and marines injured in the Pacific Theatre. Open gambling was allowed in Ketchum in those days but because many servicemen were losing their pay, the town council voted to end the gambling.  The resort re-opened to the public in December of 1946. 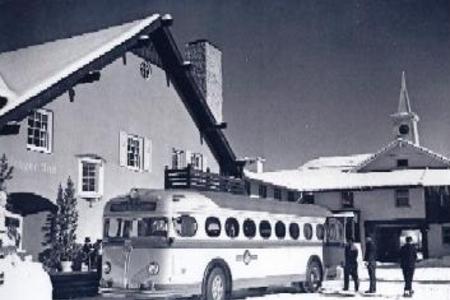 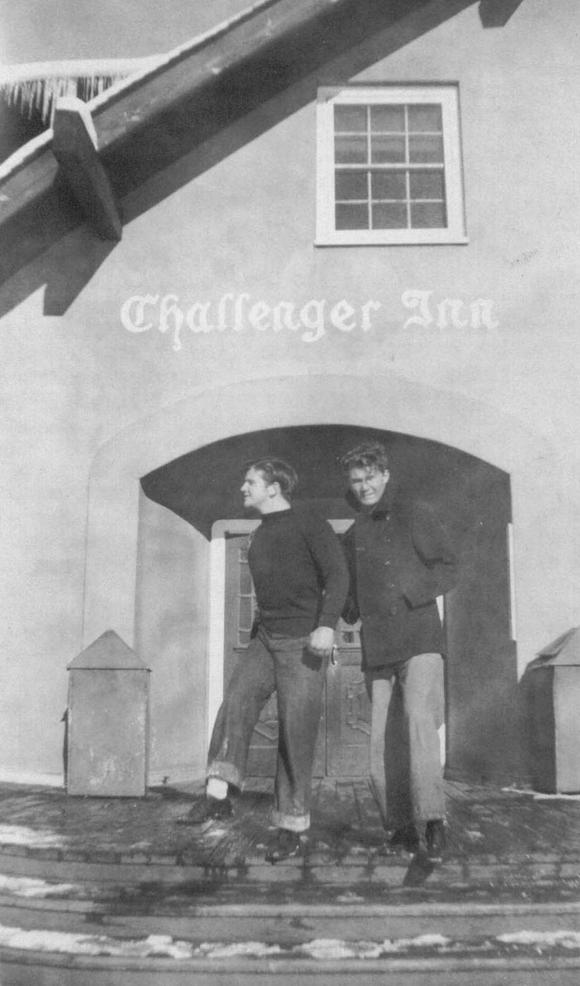