Felix was born in Marfa, Texas and was a resident of Fort Pierce since 1948, coming from Houston. Mr. Miller was the owner of Miller Plumbing. He was a U.S. Navy veteran, serving on the USS Pringle DD 477. Mr. Miller was a member of the American Legion Post 40, Fort Pierce. Survivors include his wife of 58 years, Mildred Miller of Fort Pierce; daughter Linda Miller Kocisek of Muscle Shoals, Ala.; four grandchildren; and one great-grandchild. Mr. Miller was preceded in death by his sons, Rodney and Steve Miller; brothers Shannon Jr. and Jimmy Miller; and parents Irene Cooper and Shannon Miller.

Felix Miller was on the Pringle from it's shakedown until it's sinking.  He was in the director, which was up in the air when the ship got hit.  He said the ship went down like an elevator.  They were even with the water by the time he and Jim Lane got out of the director. He was up for First Class when the war ended. They told him they would make him First Class if he stayed in, but he wanted out.

Memories of another sailor, (off site link) George Stern, about the Sampson Naval Training Station in upstate New York, Gun Fire Control training and his service in the Pacific. 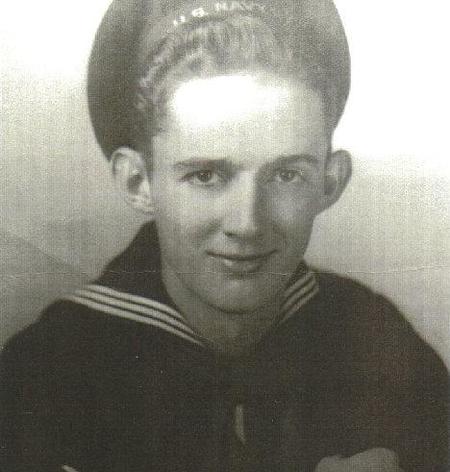