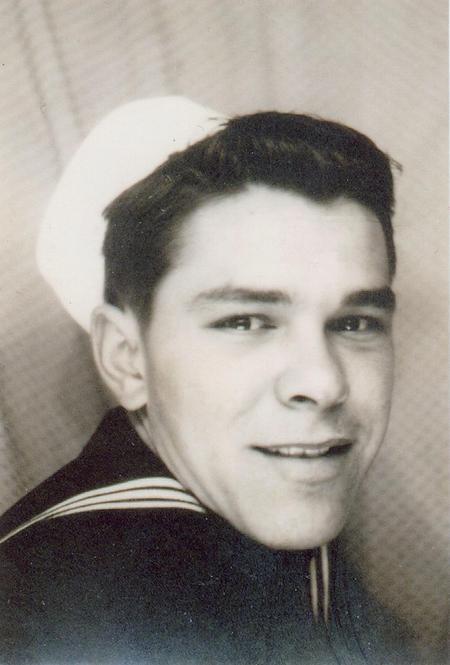 
Gene Messer was born in 1923 in South Milwaukee Wisconsin. He was an avid sportsman and enjoyed sailing, hunting and fishing. He joined the Navy in 1941 and served until 1945.

He met his future wife, Angela, at the Great Lakes Naval Training Center in 1945. Angela was a WAVE assigned to the Communications Office. After Gene was discharged from the Navy he moved back to South Milwaukee and opened a sporting goods store. Gene and Angela were married in 1947. They have 5 children, two boys and 3 girls. One of the daughters died tragically at the age of 19 months and their young son died at the age 9 of Leukemia.

Today their children live in Arizona; the 2 daughters work at the VA hospital and their son, Gene is a retired government administrator. He is currently an ordained Deacon in the Catholic Church.  Deacon Gene and his wife Judith have been married since
1972.

Gene never talked much about his service days. He did talk a lot about his friend "Ski" (Vince). The few times he ever talked about his assignment on the Pringle he always remembered the guys who had to be buried at sea. He never forgot this difficult time in his life.

Gene has 2 grandsons; one is a screenwriter in California and the other is a TV producer with ABC news. They both remember the wonderful times they spent with their Grandpa.