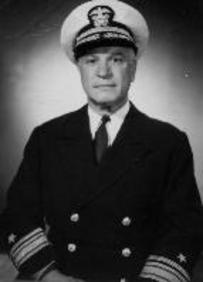 "Before assuming command of the USS Pringle in Sept. of 1943,
George DeMetropolis served as Assistant Damage Control Officer
and Assistant First Lieutenant from March 1941 to April 1943
aboard the Battleship USS North Carolina.   According to a biography
I have from the Navy Biographies Branch dated 5 June 1957 the
chronological transcript of service lists service on the USS Pringle
as Commanding Officer from April 1943 to June 1944."
Jan DeMetropolis 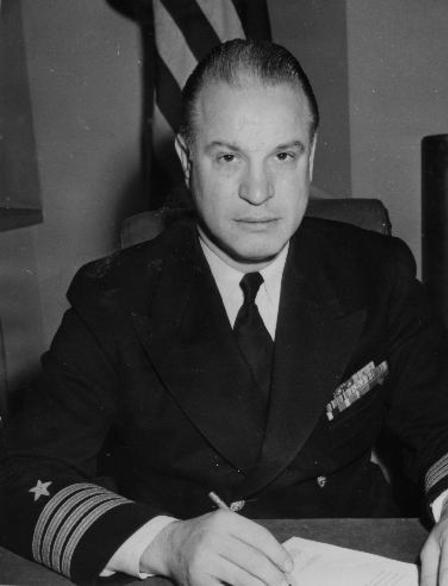 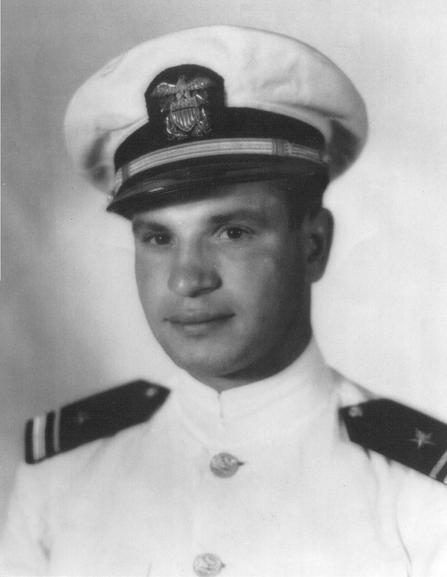 Bronze Star Medal:  “For meritorious service as Commanding Officer of the U.S.S. PRINGLE, during operations against enemy Japanese forces in the Solomon Islands and Bismarck Archipelago from October 1943, to March 1944 … (He) efficiently commanded his ship in the initial landings on Treasury, Green and Emirau Islands, assisted in screening eight echelons to Bougainville and carried out many barge sweeps which resulted in the destruction of several hostile barges loaded with supplies and personnel …”

Gold Star in lieu of the Second Bronze Star Medal:  For meritorious achievement as Navigator of the USS Pringle, serving as Flagship for a Mining Detachment, during mine laying and bombardment operations against enemy Japanese forces on Kolombangara, Shortland and Bougainville, British Solomon Islands, on the night of June 29, 1943.  Operating in poorly charted waters near reefs surrounding enemy held shores, … (He) skillfully navigated his ship, leading the minelayers throughout the hazardous mission.  His seamanship, courage and devotion to duty were important factors in the successful mining of waters used extensively by enemy vessels...”

Gold Star in lieu of the Third Bronze Star Medal:  “For meritorious service as Commanding Officer of the U.S.S. WALLACE L. LIND during action against enemy Japanese forces in the Western Pacific War Area from January 5 to May 15th, 1945 … (He) led his command in widespread actions against the enemy from Luzon, the Indo China Coast and Formosa to Iwo Jima, Okinawa and the Japanese Home Islands.  Repeatedly subjected to fierce hostile air attacks while operating with a Fast Carrier Task Force, the WALLACE L. LIND individually destroyed two enemy aircraft and aided in the destruction of many other Japanese planes attacking the formation …” 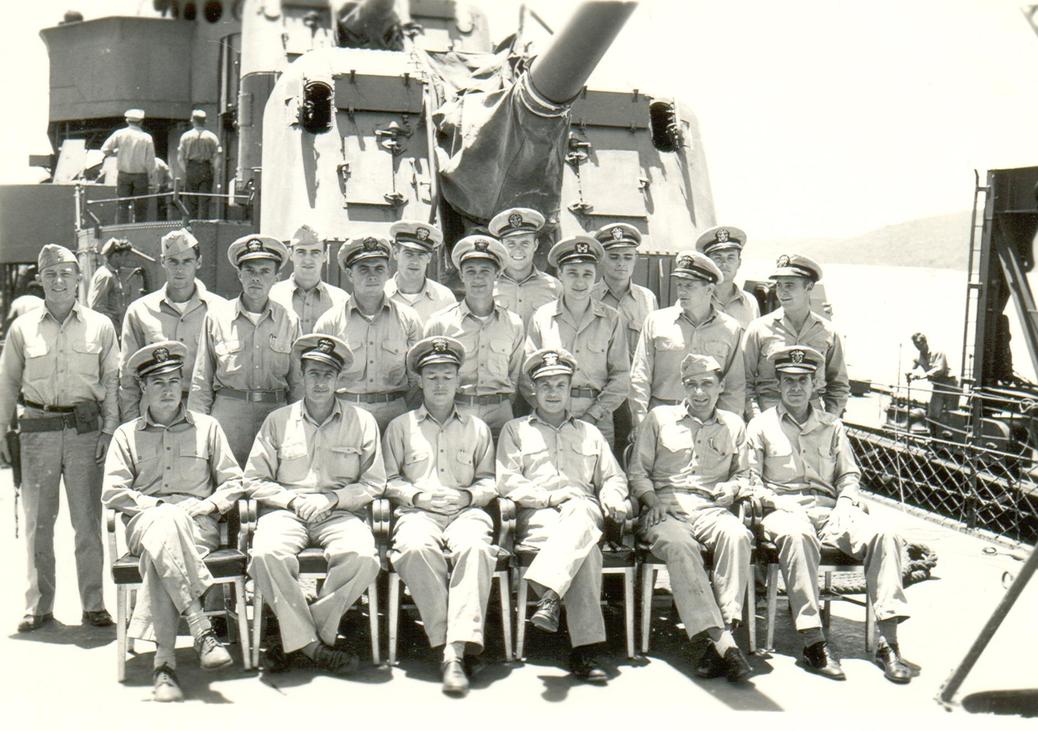 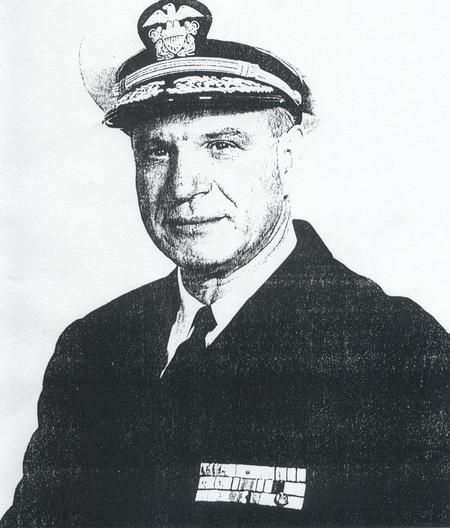 Another Photo of the same men taken with their hats on 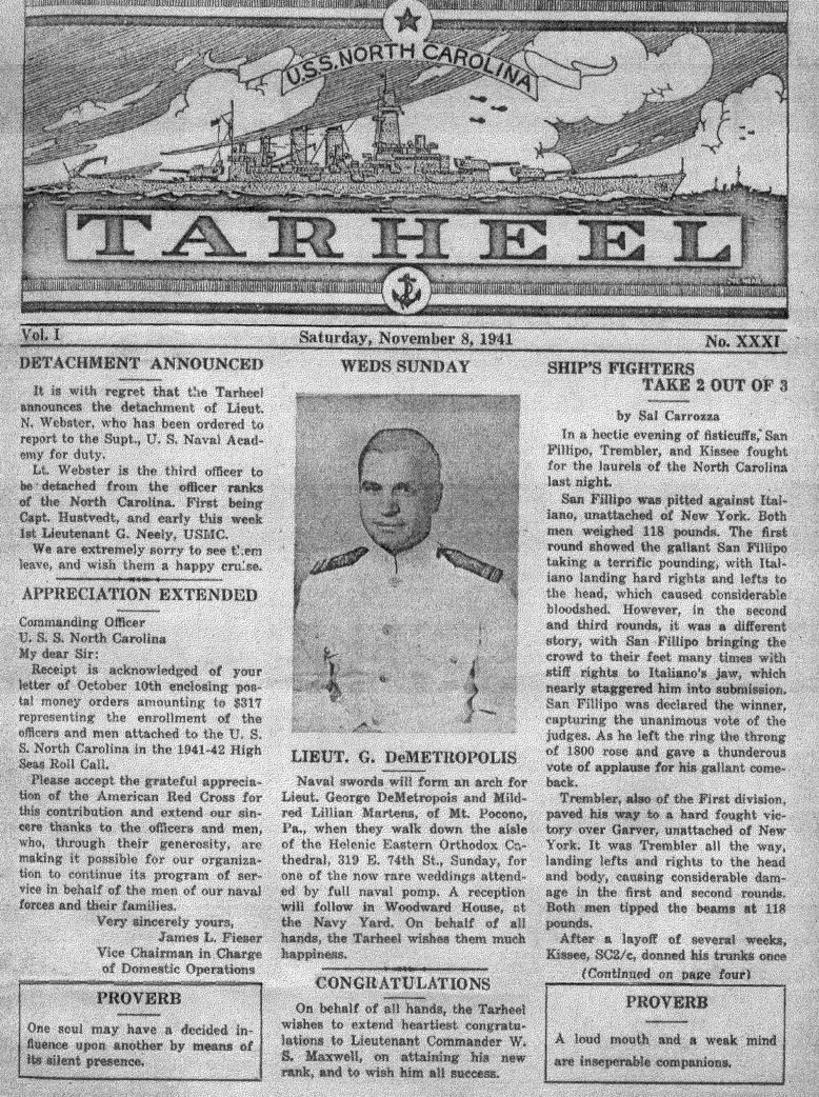 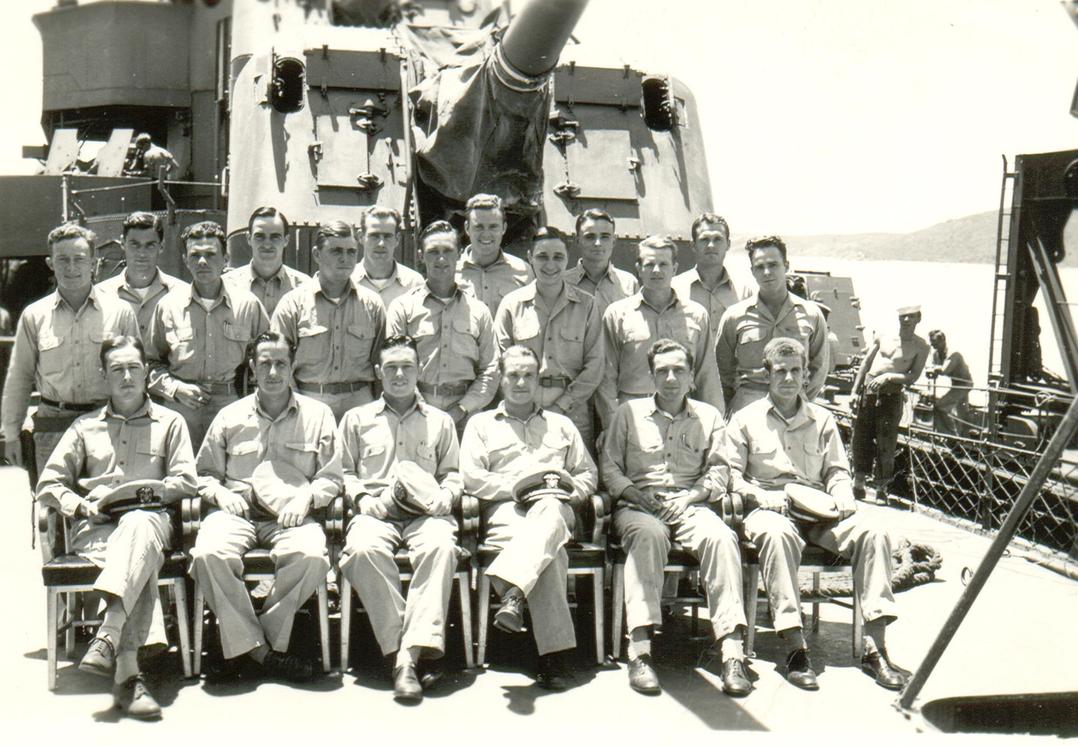 CDR George DeMetropolis and his Officers

If you can help identify anyone in this photo or have more information about it, please contact us.