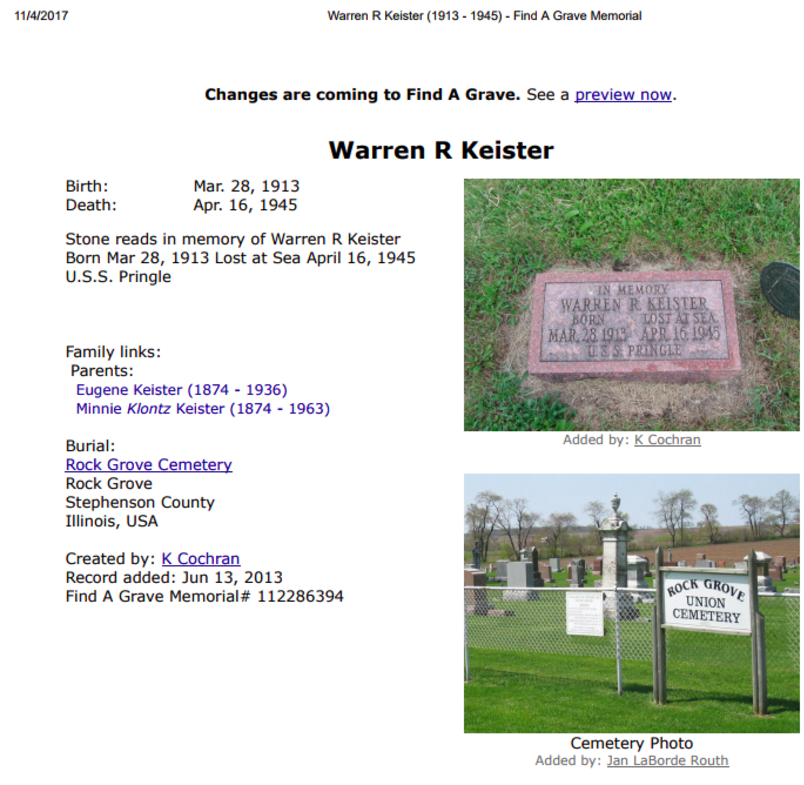 Warren R.  Keister, 32, seaman 2/c, husband of Mrs. Adele Keister, and son of Mrs. Minnie Keister, 1021 South Oak avenue, has been reported by the navy department as having lost his life on April 16, 1945, while aboard the USS Pringle, sunk off the coast of Okinawa, Seaman Keister had been reported as missing in action during a battle off Okinawa. He enlisted in March, 1944, and after training at Great Lakes went overseas in October of that year, and had participated in action in the Admiralty and Iwo Jima islands. He was a former Fairbanks, Morse & Company employee.

Warren R. Keister was born in Freeport on March 28, 1913. He attended Freeport public schools. He was a member of the Fraternal Order of Eagles. Surviving are his widow, the former Adele Share, of Monroe, Wis.; his mother, Mrs. Minnie Keister, a sister, Irene at home, and a brother, Harold, living in Jackson, Miss. His father preceded him in death."