“It has always struck me as so interesting about the old wives tale and it being true for my father... My grandfather Sorenson (mothers father) was Navy in WWI and WWII.  And our son Steve was Navy in Desert Storm.   I am the only jarhead in the family……….USMC 1966-70, Vietnam 1968-69.” 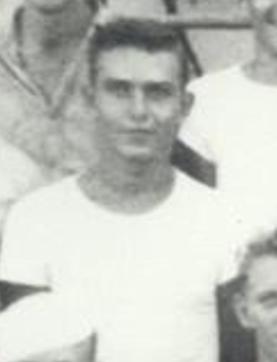 Donald Eugene Black was connected to the Navy from Birth. He was born with a “caul” (membrane) over his head. According to an old wives tale, if a sailor born with a caul is lost at sea, he and his shipmates will be saved. Donald’s mother kept that membrane removed at birth in her Bible.

17 years later he joined the Navy but was kicked out when his true age was discovered. It was only after convincing his mother to sign the necessary paperwork he was allowed back into the service. Because he was a hemophiliac (blood does not clot in cuts) Donald almost died soon after. The Navy had to remove his tonsils and they did not know he had the disorder. Afterwards, Donald's father had to convince the Navy to let him stay in.

Donald was one of the 50% of WWII service members without a high school degree. It’s rumored he was expelled from two highschools before his Navy days.

Donald met his wife in the Navy during WWII and they were married at Treasure Island in California. He died in 2010.