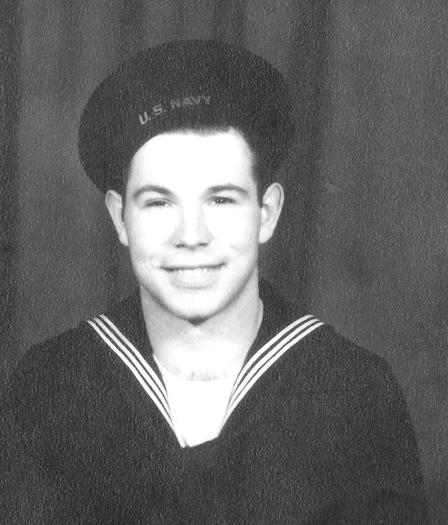 "I recently had the honor of being at the reunion of the survivors of the USS Pringle in Columbia, MD.

My mother's brother was a member of the Pringle crew on the day she sank, but unlike the wonderful gentlemen I got to meet, he did not survive the sinking.

My mother (Margaret Aul) wrote the following to me:  Delbert Edwin Benson was born February 25, 1921 on the family farm in the Town of Forest,
Richland County, Wisconsin.  His parents were George and Sarah (Brown) Benson.  At the time of his death he had a living brother, Leslie Benson.
He also had two sisters, Margaret Helen (Benson) Aul and Jessie (Benson) Kinsey.
His youngest sister, Lorraine preceded him in death in 1943.  He had enlisted in the U.S. Navy in November of 1943.

I never had the chance to meet my "Uncle Doc" but after meeting the gentlemen survivors I know he would be just as wonderful as they are."