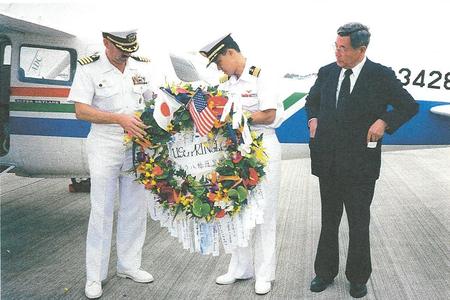 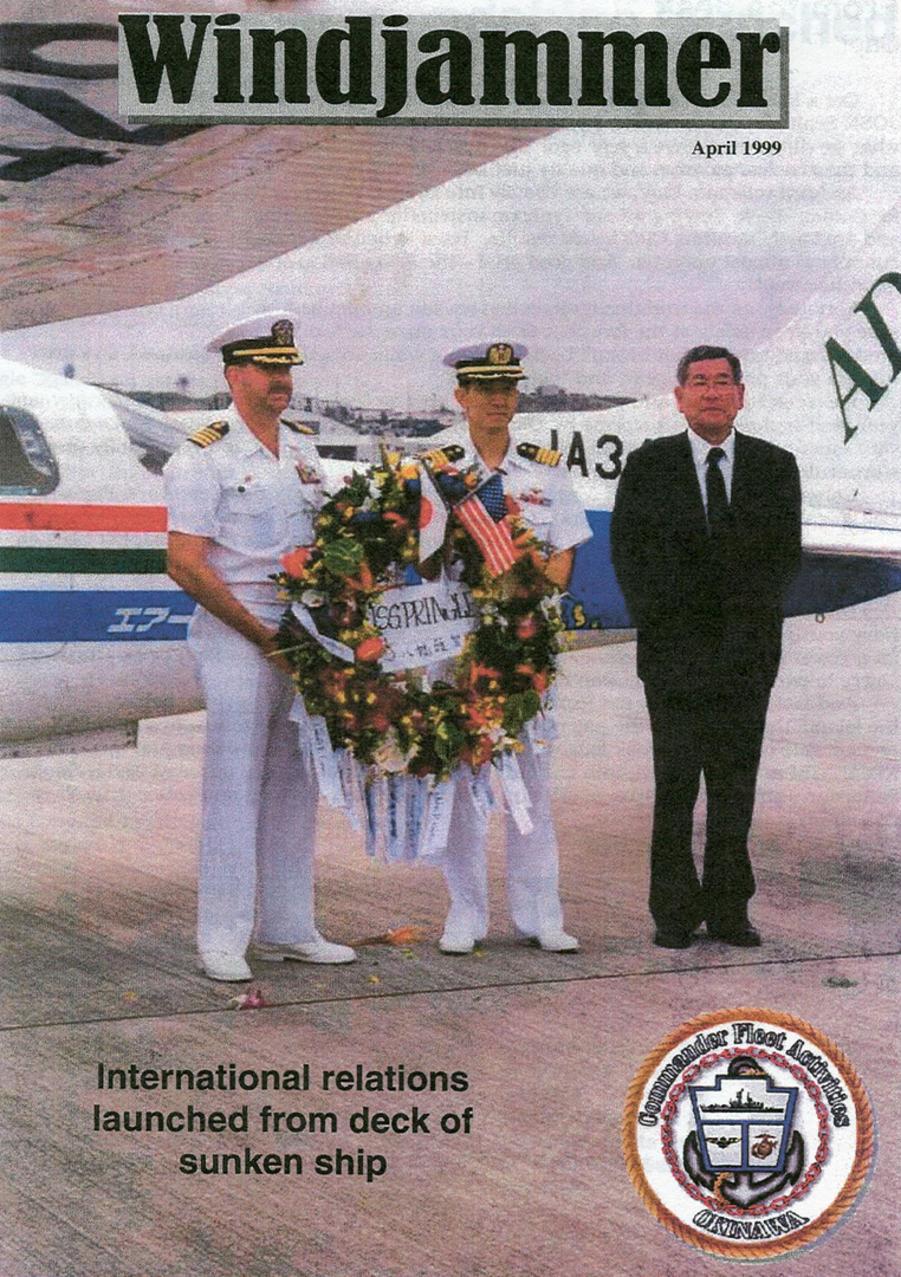 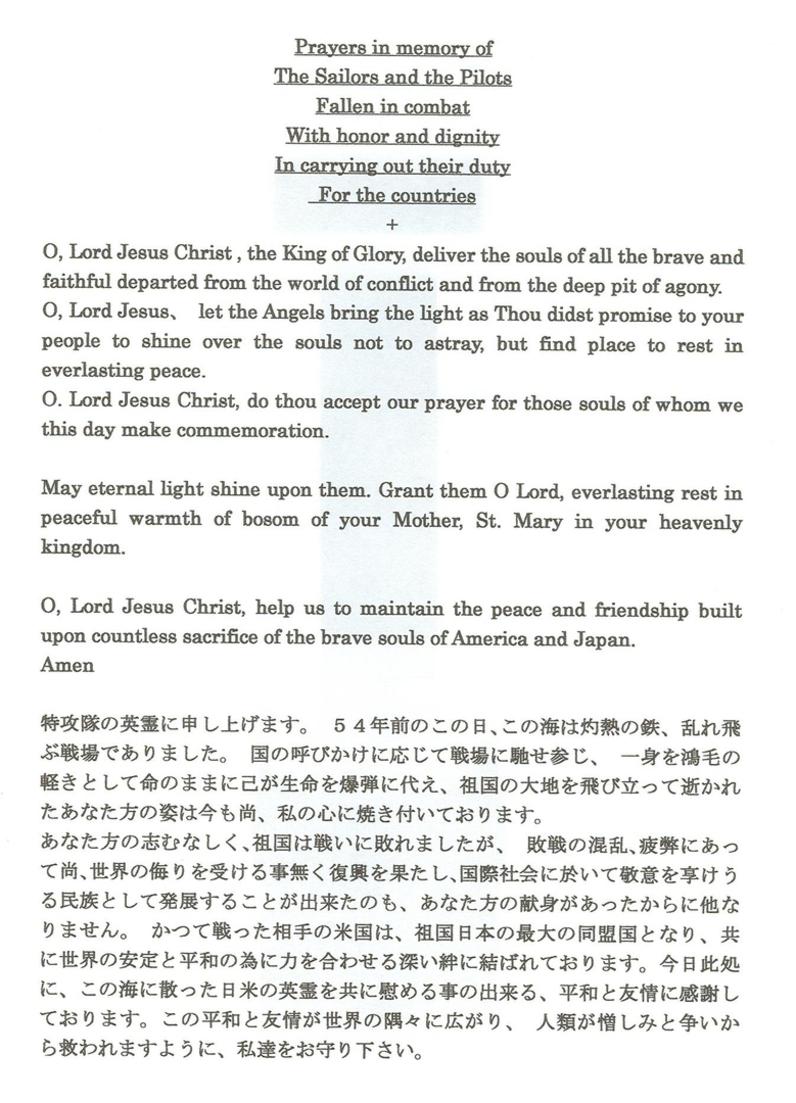 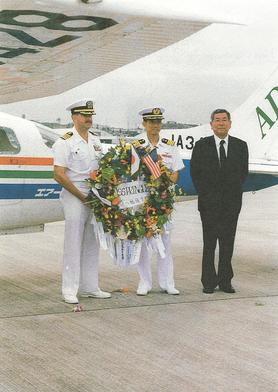 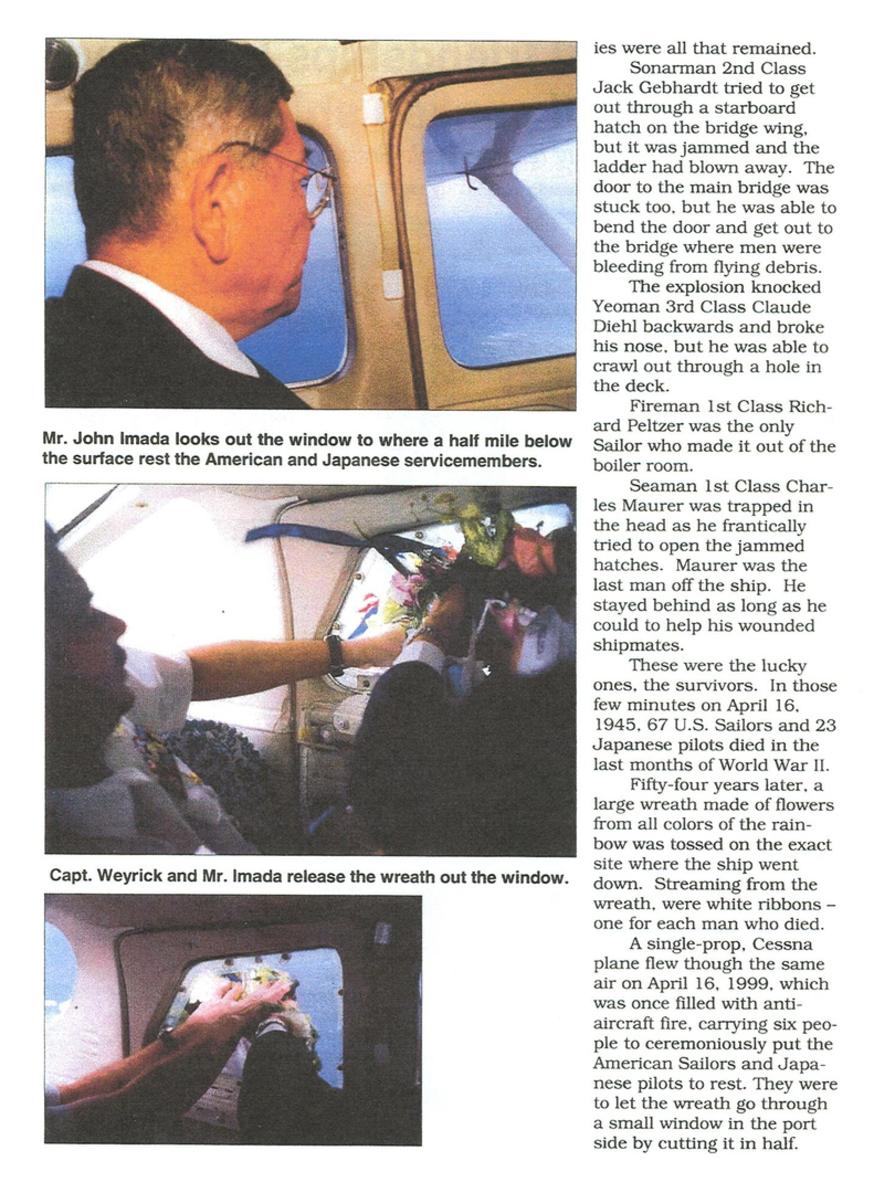 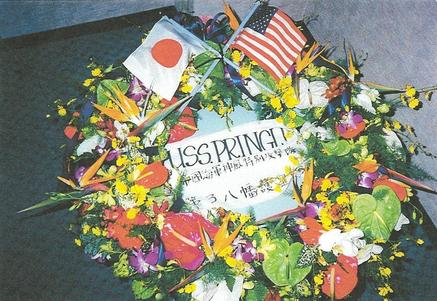 International Friendship Honors 67 American Sailors and 23 Japanese Pilots
A Memorial wreath with 90 white ribbons, one for each man who died was dropped on the exact site where the USS Pringle sank, 75 nautical miles northwest of Okinawa on April 16, 1945 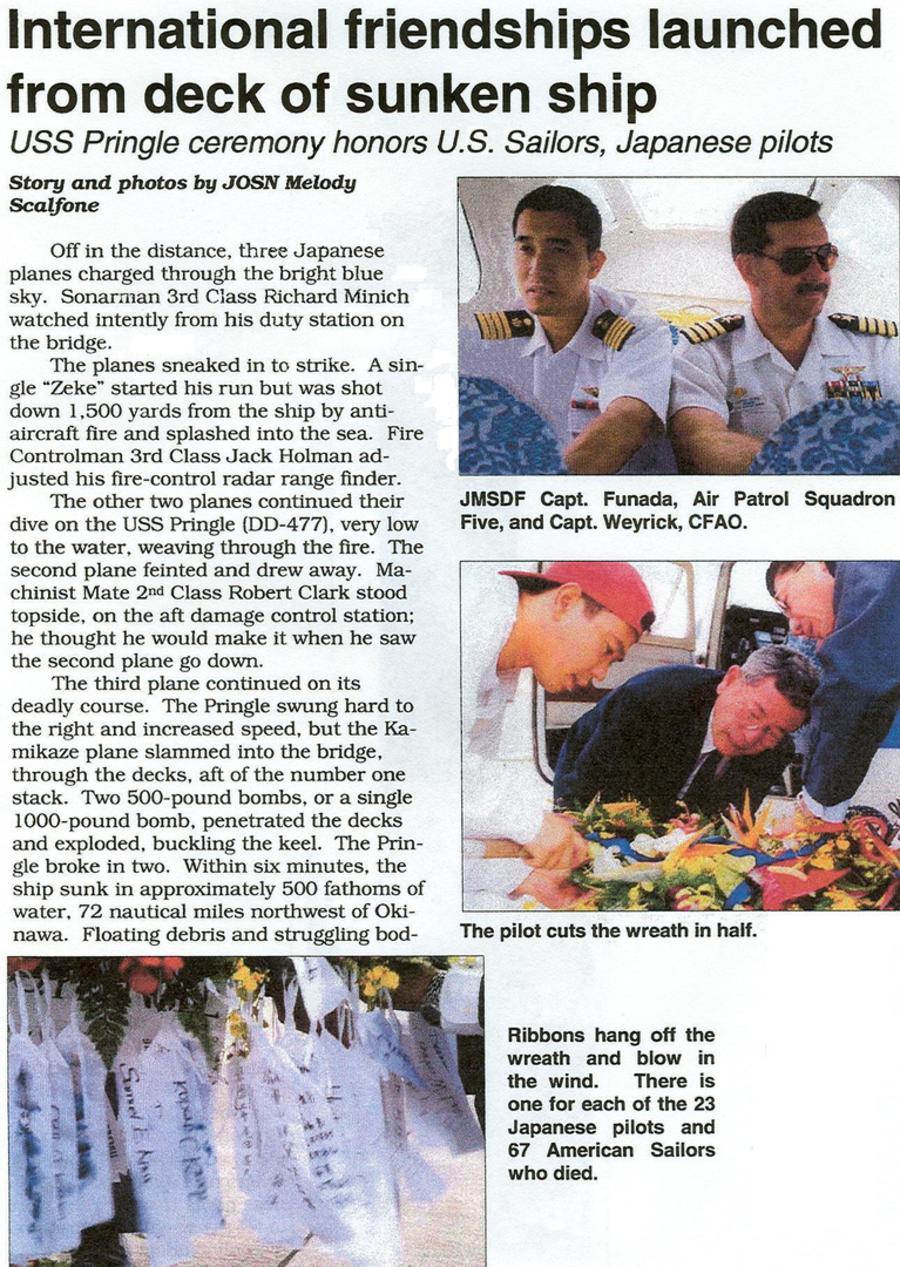 These pages and photos were supplied by John Imada from Yokohana, Japan

"I recently had the privilege and honor of having dinner with Mr. Imada and his wife. Together we prayed with reverence and sorrow for the loss of each man that died on April 16, 1944 proudly fighting for their country... Very charming man.  He was a young teenager during the war and he helped at one of the airports that some of the Kamikaze pilots used.  He said his job was to help move the planes around and fuel them up.  I remember asking him that I once heard they only gave them enough fuel to reach their targets.  He said that wasn't true at all.  They often returned because of bad weather or just not being able to find a target.  They wouldn't waste a plane, bomb or pilots life for nothing.  At that time in his life, those pilots were treated like royalty and highly honored for what they volunteered to do for their country  I still have his email address somewhere, but he's quite old now." Jim Sandelier