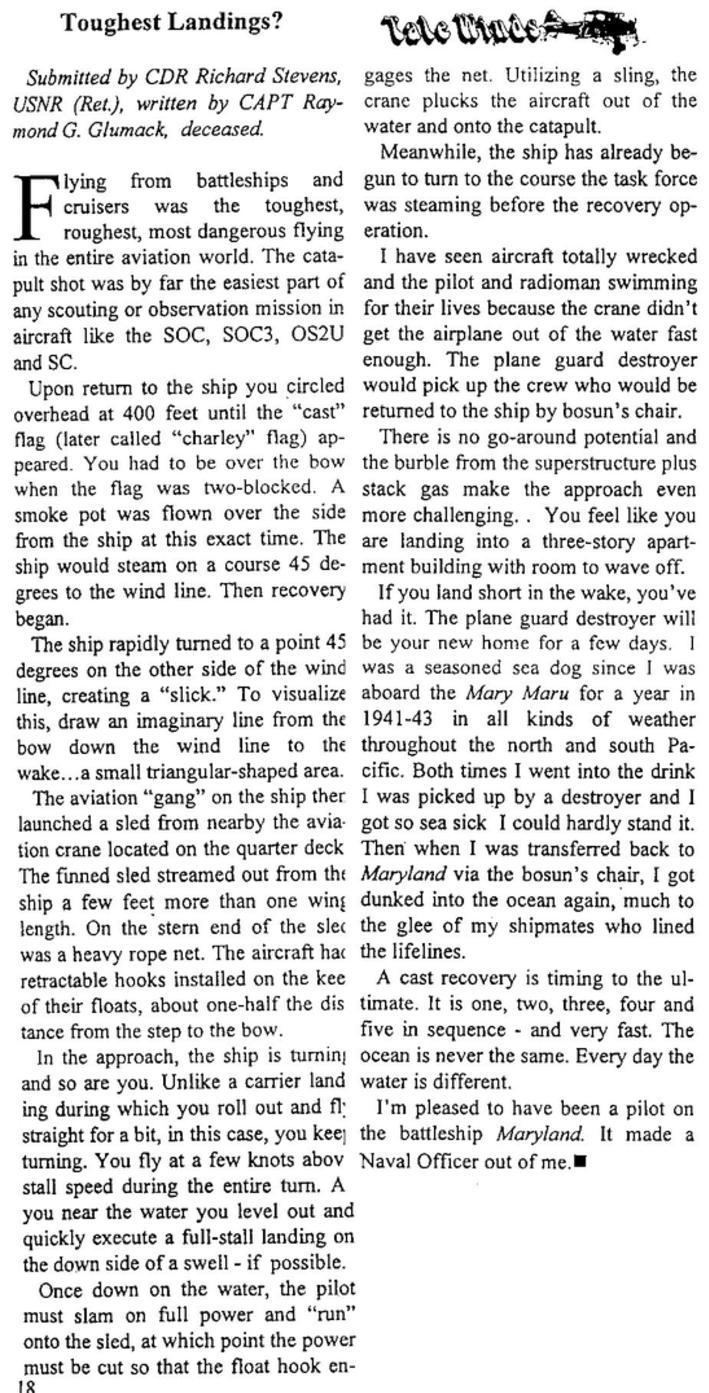 Kingfisher plane in the water

Links to other pages with information on Kingfisher planes.

A Kingfisher plane being launched from the USS Pringle

The USS Pringle was the first Fletcher Class US Navy Destroyer to successfully launch, using a catapult and later recover, a Kingfisher OS2U aircraft at sea.

Why did a destroyer have an aircraft?

A requirement came down that 6 Fletcher Class Destroyers be outfitted with an aircraft. These aircraft would provide gunfire spotting during bombardment roles and for general scouting duties when operating without the support of heavier units that normally provided air support.  There was considerable opposition from old line Captains and Admirals, but somehow the idea prevailed.  The arrangement was at the loss of a 5" 38 cal. DP gun, a dual purpose 40mm gun mount and a set of torpedo tubes.  Of the 6 proposed, only 3 were built, The USS Pringle DD-477, The USS Stevens DD-479 (off site link), and the USS Halford DD-480 (off site link). The Stevens and the Pringle were built in the Charleston Navy yard, while the Halford was built in the Philadelphia Navy Yard.  After a few short months of operations, the aircraft configuration did not prove feasible and in early 1943, they were sent to Mare Island for conversion back to standard Fletchers.

I also found this statement here:
May 27--The Secretary directed that six destroyers of the DD 445-Class be equipped with catapult, plane, and plane handling equipment. DD's 476-481, Pringle, Stanly, Hutchins, Stevens, Halford, andLeutze, were subsequently selected. Shortcomings in the plane hoisting gear led to removal of the aviation equipment from the first three ships prior to their joining the fleet in early 1943. In October 1943, after limited aircraft operations by the Stevens and the Halford, aviation equipment was ordered removed from them and plans for its installation on the Leutze were canceled. 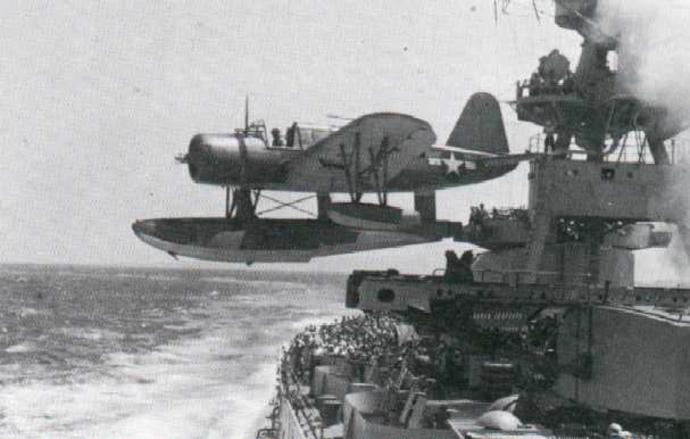